The first T20I between India and Bangladesh scheduled for Sunday in Delhi will go ahead, despite warnings about severe pollution levels in the city.

Environmentalists have written to newly appointed BCCI chairman Sourav Ganguly requesting him to consider changing the venue of the game because of concerns about playing the match when air conditions are likely to be at levels ranging from severe to hazardous. They have advised that playing a physically demanding game in toxic air conditions could have adverse long-term repercussions on the health of players.

Despite these warnings, the BCCI will go ahead as planned, with the Bangladesh side holding their first training session at the Arun Jaitley Stadium on Thursday.

In 2017, a test match between India and Sri Lanka at the same venue saw a number of players take to the field wearing protective masks because of the severe air pollution, with several of the Sri Lankan players vomiting because of the effects.

Meanwhile, back in Bangladesh, hundreds of people took to the streets to protest after the country’s international captain Shakib-Al-Hasan was banned from all forms of cricket for two years after failing to report three illegal approaches by  a bookmaker, allegations to which he pleaded guilty.

Crowds gathered in Shakib’s home town of Magura, with smaller demonstrations also taking place in the capital Dhaka, with people forming a human chain, and calling the decision a “conspiracy”.

Shakib’s ban – one year of which is suspended – was imposed for failing to disclose to the ICC’s Anti-Corruption Unit, illegal approaches by a bookmaker during an international tri-series involving Sri Lanka and Zimbabwe in January 2018, and also during that year’s Indian Premier League.

In other news the BCCI has ordered manufacturer SG to deliver 72 pink balls ahead of India’s first ever Day-Night Test, which will be contested between the two sides starting on November 22nd in Eden Gardens, Kolkata.

This represents a big challenge for SG to produce a ball fit for a test match to be played under lights, as the pink ball has yet to be tested in a competitive match.

Some Indian players strongly criticised SG in the last home series with South Africa, arguing that the red ball they provided got scuffed up much earlier, in comparison with the Dukes ball used in England, and the Kookaburra ball employed in Australia.

India’s captain Virat Kohli has acknowledged that there have been improvements with the ball, but that he wants it to last at least 60 overs before it deteriorates.

The pink ball, when compared to the red equivalent, attracts a lot more dust, and gets dirtier quicker, making it more difficult to sight.

The Indian women’s team have flown to the Caribbean to play a limited over series and test match against the West Indies, and are hoping to do better than the last side from India to tour there in 2011. Led by Anjim Chopra, that team lost the ODI series by 2 – 1, and although most of that side has since retired, there are four survivors in that squad in the form of Mithali Raj, Harmanpreet Kaur, Jhulan Goswani, and Ekta Bisht.

They are joined by an exciting crop of young players, especially in the spinning department, with Poonam Yadav, Rajeshwar Gayakwad, and Deepti Sharma all hoping to make their mark on tour.

They will be playing a West Indies team that have lost their last seven ODI series in a row, and that is weakened by the absence of all-rounder and vice-captain Hayley Mathews, who is serving an eight=match ban for an undisclosed breach of the West Indies Cricket Board’s disciplinary procedures.

Sunrisers Hyderabad have been given a problem to solve after all-rounder Shakib-Al-Hasan’s ban from all forms of cricket for two years – one of which is suspended. It means that Shakib will miss the entire 13th season of the IPL, so the franchise will need to identify a suitable overseas replacement in the forthcoming election, which is scheduled for Kolkata on December 19th.

Australia’s Glenn Maxwell would also have been in the reckoning, but it was announced this week that he would be taking a sabbatical from cricket for a short period so he could deal with some personal mental health issues.

With smog and air pollution likely to be a factor in Sunday’s T20I between India and Pakistan, both teams tried to make light of the conditions ahead of the match on Sunday. However, facing criticism about the scheduling of the match, BCCI President Sourav Ganguly made it clear that, given the short notice involved, it would have been impossible to move the game to another venue, despite the AQI (Air Quality Index) reaching severe levels on Friday.

However, he did concede that, in the future, weather conditions will be considered by the Board before anywhere in the North of the country is chosen to host a match during the winter months.

Meanwhile authorities have declared a public health emergency in Delhi, with five million masks being distributed through schools in the capital. All construction in the city has been halted for a week, and fireworks have been banned.

So bad is the situation that Arvind Kejnwal, Delhi’s Chief Minister, has likened the city to a gas chamber. 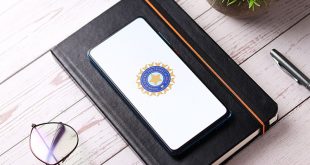