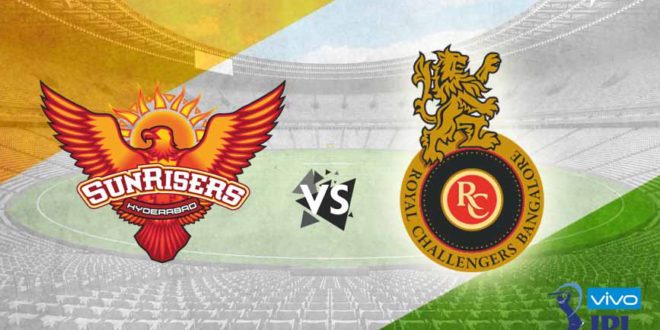 However…While Sunrisers Hyderabad have everything to play for, while RCB has nothing at all.  They are just making up the numbers at this point. It’s really sad what RCB has been reduced to – another year at the bottom of the IPL for them.

Which is why this match should be an easy win for Sunrisers. They should be able to make it to the top-4 depending on what happens in the matches involving Delhi Capitals and Kolkata Knight Riders.

But they cannot really control that, their job is to win this game. It wouldn’t have come to this had they won their last match against Mumbai Indians. They leveled the scores thanks to brilliant batting by Manish Pandey, but were destroyed by Jasprit Bumrah in the super over.

Had they won that particular match, they would be in the top-4, but never mind! Sunrisers have been hurt by the departures of David Warner and Jonny Bairstow, who have gone back to join their national teams for the World Cup. Yes, the World Cup is only a few weeks away, believe it or not!

Vijay Shankar, meanwhile, has gone from bad to worse, and nobody really has a clue why he was selected in the Indian World Cup squad. Manish Pandey, who was once a part of the Indian team without doing much really, has been carrying the entire batting on his shoulders.

But what about Virat Kohli? India’s #1 cricketer now goes 12 years in the IPL without the trophy. Hard to understand why. Is he a poor captain? Does he lack focus when playing in the IPL? You tell us!