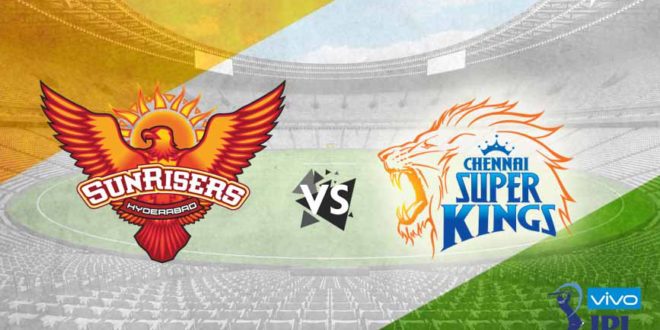 This is the mid-stage of IPL 2019; most teams have played 8 matches each. Chennai Super Kings have been the best team in the IPL by far. 7 wins, 1 loss. As good as it gets – head and shoulders above the other sides.

Sunrisers Hyderabad had a good start, but have slackened off since then. 3 wins and 4 losses – not a good record by any means. Sunrisers are usually better than this. They have been among the top contenders for the last 3 seasons of the IPL.

But this time their bowling attack hasn’t really been that good. Main bowler Bhuvneshwar Kumar, who can be relied upon to keep the opposition quiet in the death overs, has been strangely expensive. No one knows why – maybe he is trying too hard to impress.

Tom Moody has been working hard with Bhuvneshwar Kumar, trying to get his death over bowling right. In particular, Bhuvi has been working on his cutters and slow balls, which he is not using as well as he usually does.

CSK do have a few issues with injuries. Harbhajan Singh has a stiff neck and will not feature in today’s game. Captain MS Dhoni has back spasms and may or may not play depending on the results of the fitness test just before tonight’s match.

For Sunrisers, Shakib Al Hasan has been called back from the IPL by his national team Bangladesh next week for World Cup preparations. That should not be an issue as he has not featured even in a single match so far.

David Warner and Jonny Bairstow have been very good at the top. However, the middle order has been brittle, which is why there is a chance that experienced pros such as Manish Pandey and Yusuf Pathan could come back into to Sunrisers XI for this match.

Prediction: Tight contest. Sunrisers are due a win, and may get this one.