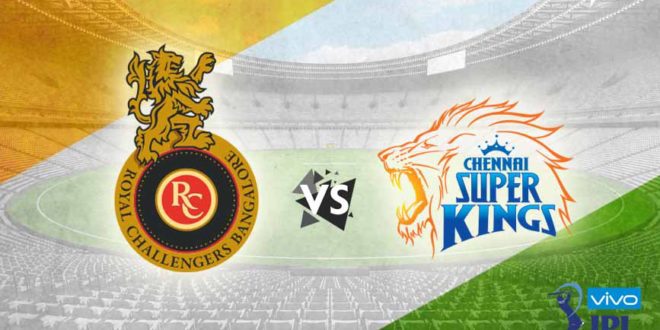 Remember the last time RCB and CSK played each other? That was the first match of IPL 2019. That particular game was billed as a blockbuster contest between two of the favorites for this year’s Indian Premier League.

And why not? At the start of IPL 2019 everyone said that this could be Virat Kohli’s year. He was due one, after being in the RCB team for 11 years without winning anything.

But what happened was shocking for Virat. After losing the first game of the IPL to MS Dhoni’s CSK, RCB went on to lose 6 successive games – the worst start any side has had in the IPL.

As of now, they have played 9 matches, 7 losses and just 2 wins and are at the bottom of the Indian Premier League. CSK, on the other hand, are flying – they are on top, with 7 wins and 2 losses – and considered by many experts to be the sure shot winners of this year’s IPL.

CSK are a full 10 points ahead of RCB – those numbers are staggering. RCB are for all practical purposes out of the IPL. Still, they can salvage some pride by beating CSK – the top dogs of the IPL.

Indeed, RCB have played so badly this year that people expect them to lose every match. What that has done, ironically, is to take the pressure of Virat. He looks relaxed right now, and wants to enjoy every game – without any expectations of any sort.

Also, Dale Steyn has signed up mid-season for RCB and he has certainly made a huge difference as the leader of their attack. It’s no surprise that RCB look a lot better now than they did at the start of the tournament.

Prediction: Expect this to be an interesting contest. Don’t be surprised if RCB win this one. Virat and ABD look like they have a point to prove.