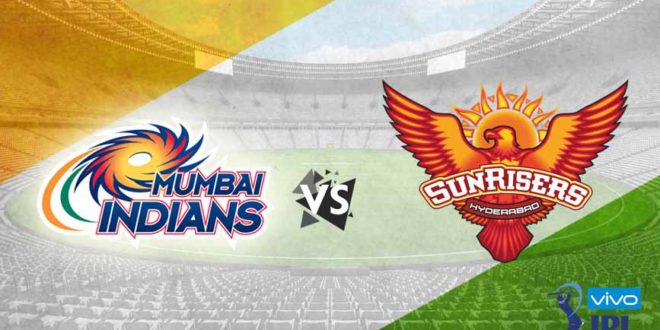 The last time Sunrisers Hyderabad played Mumbai Indians, they met with a storm called Alzarri Joseph – a 19-year old fast bowler from the West Indies, who blew them away with figures of 6 for 12 from his very first match.

Alzarri became an overnight sensation, but unfortunately got injured soon after and was ruled out of IPL 2019. That was that for him and by now most people have forgotten all about him. That’s the fleeting nature of fame in cricket.

Another man who the world of cricket completely forgot about, but who has since come back from the dead is David Warner. Warner has been by far the best batsman in IPL 2019, consistently giving his team an excellent start in almost every match – along with Jonny Bairstow, his opening partner from England.

He has made 692 runs this season, much higher than anyone else. But he has to depart now to join the Australian team in preparation for the World Cup. That is a bitter sweet moment for Warner, who would love to play on and win the IPL 2019 for his team, Sunrisers Hyderabad, which has given him so much love and respect – which he will not get in Australia.

At the same time, Warner would be pleased to get back into the Aussie squad, although he doesn’t like anyone in that team. It is after all a matter of pride to play for your country and Warner looks like he has a point to prove to everyone in Australia, especially the Aussie media which ran a yearlong hate campaign against him.

Warner will most likely be replaced by fast bowler Billy Stanlake, with captain Kane Williamson moving up to take the opening batsman slot. Stanlake is fast and will add much needed firepower to the Sunrisers bowling attack.

This has been confirmed by Sunrisers Head Coach Tom Moody, who when asked who would replace Warner, said: “We’ve got a few options, haven’t we? We are looking at those options at the moment. Guptill is the obvious one, being a world-class opener himself, a like-for-like replacement. But you know, there’s also that option to consider looking at someone like Billy Stanlake at a venue like this.”

Prediction: Tight contest. But Mumbai Indians should have an edge here as, mainly because both Warner and Bairstow are out of the IPL. They won’t need t worry about the best opening combination in this tournament. They should both make it to the top 4 regardless.