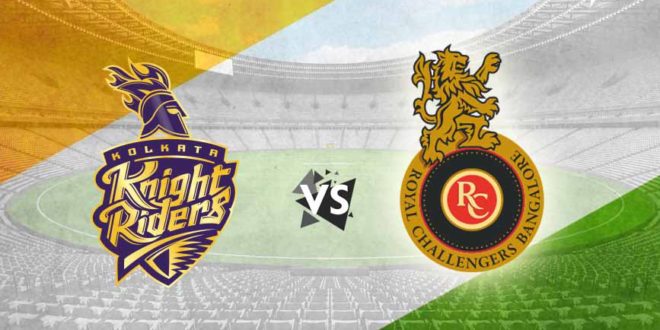 Last time Kolkata Knight Riders played RCB, they won thanks to Andre Russell’s incredible 48 off 13 balls as KKR chased 53 runs off the last 18 balls and won with 5 balls to spare!

That match established Russell as the best cricketer in the T20 format – the man bats like Chris Gayle and bowls as fast as Mitchell Starc. Was there ever a cricketer better than that?

But yes, Russell has not been at his best as a bowler. He has leaked runs and not looked as lethal as he was in the past. It could be that he is suffering from a back problem.

Russell once again faces an injury scare. But hopefully he should be okay for this match. Frankly, he is the biggest attraction these days wherever he plays in the IPL, perhaps even bigger than MS Dhoni, and that is saying a lot!

Russell’s fitness remains the other issue for Knight Riders; having hobbled around and off fields earlier in the tournament, he suffered another injury scare during practice in the lead-up to Friday’s game against Royal Challengers Bangalore, but remains in contention to play. Regardless, perhaps it’s time for Knight Riders to look at Russell purely as a batsman and pick another seamer, either at the expense of a batsman or a spinner, to give themselves a better chance of restricting oppositions. Kerala seamer Sandeep Warrier could come in, should that happen.

They are up against a side that knows a thing or two about losses piling up, but with playoff qualification only a distant theoretical possibility now, Royal Challengers unwittingly become the danger team you don’t want to lose to. If the threat still seems too meek, the availability of the newly signed Dale Steyn should change that, after coach Ashish Nehra described the chances of the pacer playing as “very high”.