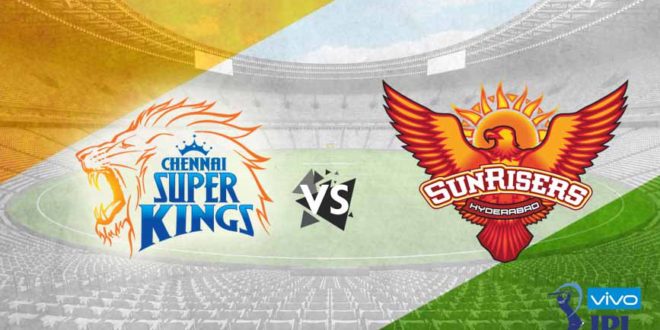 The Chennai Super Kings vs. Sunrisers Hyderabad contest has a very interesting sub context to it. Ambati Rayudu vs. Vijay Shankar.

Shankar was picked up ahead of Rayudu for the World Cup, he has been marked to fill up the critical #4 position in the Indian team. Rayudu was given many chances for the same, but has failed time and time again.

But otherwise, there is no exceptional difference between Shankar and Rayudu – they are both mediocre cricketers. When asked why they had picked up Shankar ahead of Rayudu, the Indian team selector, MSK Prasad said that Shankar was a 3-dimensional cricketer – he could bat at #4, bowl seamers – which will be useful in English conditions and is an athletic fielder.

How true is that nobody knows, as the same things were said about Stuart Binny and we all know how much of a 3-Dimensional cricketer he turned out to be J

Rayudu had the best response – he tweeted that he had just placed an order for 3D glasses to watch the World Cup!

Anyway, going to back to the match itself – it promises to be a very good contest between two exceptional teams. CSK and Sunrisers have everything going for them.

Sunrisers have the best opening batsmen in the IPL with David Warner and Johnny Bairstow, with the cool and collected Captain Kane Williamson to back them up. Their bowling looks good with Rashid Khan and young Khaleel Ahmed. Yes, Bhuvneshwar Kumar is still to get back in the groove, once he does that, Sunrisers will look even better.

As for CSK, they lost the last match against RCB by only 1 run, but that particular game saw Dhoni at his very best. It’s been a while since we have seen MSD like that. He is India’s greatest cricketer of all time – and yes – we are saying he has had a greater impact on Indian cricket than Sachin Tendulkar even! Blasphemy!

Prediction: Fascinating contest between two equals. CSK have the home advantage and may just win.