The Indian Premier League will enter into its 13th season next year, and reports suggest that cricket fans can expected some changes for the upcoming campaign, mainly in terms of the scheduling of matches. That in turn will see a likely extension of the tournament in terms of duration.

Since the inauguration of the competition, many day games have been scheduled as part of double headers, with night-matches, due to rain delays, or the need to use tie-breakers, often stretching past midnight, to the inconvenience of watching fans and broadcasters.

Now the BCCI (Board of Control for Cricket in India) are considering changing the format of the tournament, reducing the number of double headers, so that mainly only one match a day is played. The BCCI is also considering extending the tournament to 60 days, as opposed to the 45-day window currently.

They are also keen that all matches should start by 7 pm (IST), addressing the concerns of many ex-cricketers, including Indian cricket legend Sunil Gavaskar, about the late finishes of many T20 matches, something that was implicitly recognised in this year’s tournament when the starting time of the play-off matches was brought forward by half-an-hour.

If the plans are approved, more games will be played at night next season, meaning each team will only have to play one game in the afternoon. This will be of benefit to teams who play in the north who have previously been disadvantaged by having to play in heatwaves and difficult weather conditions.

And, in another confirmed change, the opening ceremony will no longer be held of the same day as the first match of the tournament.

The 2020 IPL will probably start on the 1st April, and, if the new proposals are approved will now finish on May 30th next year. The player auction for the upcoming edition is scheduled to take place in Kolkata on December 19th.

There are downsides to these proposals, however, particularly when it comes to the participation of overseas stars in the tournament. As things currently stand, many of those bought by the franchises are only able to stay with those teams for a limited time because of international commitments with their countries. Extending the tournament even longer could see those able to stay for the duration dwindle even further.

And while arguably, this means that more young Indian players will get the chance to play IPL cricket, particularly in the latter stages, it may have implications for the quality of product on offer. 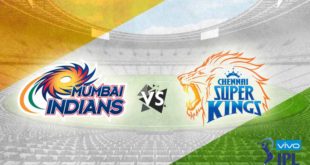 Okay, so this is the one you’ve all been waiting for: Mumbai Indians vs. Chennai …