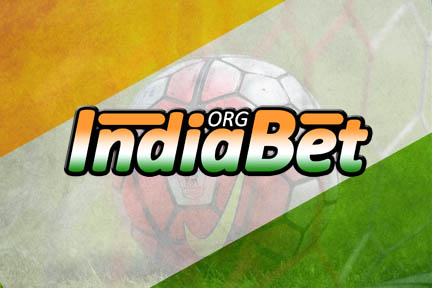 The opening Premier League round of 2016 has some fantastic ties attached to it and it all begins on Saturday lunchtime as West Ham host Liverpool. The Hammers scored their first win for over two months on Monday when they beat Southampton and with their 2015/16 talisman Dimitri Payet back they should be a real force. However Liverpool seem to have rediscovered their rhythm after two festive wins and this looks an ideal match for them to kick on. Jurgen Klopp’s side have won three of their last five away games and can be trusted here at 1.99.

Arsenal are a predictably short price here at 1.26 and they should be too strong for a poor Newcastle side. From a betting angle though perhaps it’s worth siding with the erratic Magpies. They’ve beaten Liverpool, Tottenham and drew with Chelsea this season and tend to raise their game for these big matches. Maybe a very small stake on Newcastle at 10.50?

R-E-S-P-E-C-T sang Aretha Franklin back in the 1960’s, but it’s debatable whether 188BET are giving enough to Leicester. We’ve all had to eat our words about this side and even over the festive season they’ve showed real grit by bouncing back from their Liverpool defeat to draw with erstwhile title favourites Man City. They deserve to be backed here at 1.89 against a decent Bournemouth side. Decent they may be, but Leicester have been smashing past this level of opposition all season.

This is intriguing. Swansea arrive at Old Trafford on the back of an unbeaten run of three and with four consecutive impressive performances under their belt. This is a side who look rejuvenated under the care of caretaker boss Alan Curtis. The home side meanwhile remain in strife with no win in eight matches. While the draw with Chelsea on Monday was an improvement there’s still lots to do. Under 2 Goals at 2.35 looks a value bet on 188 BET’s Asian Handicap Goal Line; remember stakes are returned if exactly two are scored.

Despite an emphatic 4-0 win over Arsenal on Boxing Day Southampton slipped back into their December attire on Monday when losing to out of form West Ham. The Saints have now lost six of their last eight matches yet there barely seems a grumble about their form. At 2.25 they look too short here and it may be worth chancing the 3.45 on the draw. Norwich have won two of their last three and deserve respect.

Where do you turn here? Two sides long odds on to be relegated fight it out at the Stadium Of Light with three points an absolute must for both outfits. Whilst the Black Cats have been in poor form they have had a very tough fixture list and it eases up here. If Sam Allardyce’s side can rediscover their strong November form they could look a cracking bet at 2.41.

What a brilliant festive period it’s been for Stoke. Wins over Manchester United and Everton have propelled them back into the Top 10 and they go to The Hawthorns on Saturday just 2.80 to win. This might just be the time to take them on you know. When the Potters start knocking consecutive wins together they usually end up flopping unexpectedly. Three wins in a row in October were followed by a home loss to Watford and two wins on the spin in November saw them lose to Sunderland. West Brom won on Monday and look a reasonable bet here at 2.63.

Man City are 1.69 to win this game and it’s a price that simply has to be ignored. This side have scored just one Premier League away goal since September and their opponents have done nothing but impress all season long. Watford were unlucky to lose to Tottenham on Monday and have to be backed here at 2.23 to avoid defeat.

A decent draw for Chelsea at Old Trafford on Monday but are they backable here at Selhurst Park at 2.03? Most definitely not. It’s true that Palace have been slightly flat over the festive period but are now unbeaten in six. Alan Pardew’s side look worth supporting off 0 on the Asian Handicap at odds of 2.75. Stakes will be returned if the match is a draw.

The rise of Tottenham is depicted here in the fact they go off favourites at Goodison at 2.53 on Sunday but this is another big hurdle for them to overcome if they want to challenge for the title. Everton will be hurting after two narrow home defeats in a row and they’re capable of getting a draw here at a much bigger 3.55.